A downloadable game for Windows

Always wanted that great job in the big city? Looking for the opportunity of a lifetime? Right this way. M. Stain has a position with your name on it.

Journey into a nightmarish world of bizzare people and twisted locales as you unravel the mystery of eccentric business tycoon M.Stain's true nature.  Can you get the job? Can you even survive?

There are three unique endings and branching story paths. Make your choices carefully and be careful who you trust.

This project was created in 6 weeks as a break from a larger work in progress. It is the first game I've released.  Thank you for checking it out.

really nice game! probably one of the best i've played on my channel so far

it's pretty unique not just another generic horror game plot, and i really liked the choice based options in this game, although some of the choices did seem to lead to the same path/ending so some decisions we're somewhat disappointing

but for what it was i really enjoyed this game!

great game. it bizarre game. horror comedy theme. and last it the sus just like the creator of the game

I REALLY wanna come back and play the other endings! This game is weird and funky and I really enjoyed it. Low poly horror just holds a special place in my heart

This game was amazing and definitely took an interesting twist.I dont think I will be taking the job.

there’s something special about the unique style and sense of madness that comes with M.Stain that it’s no surprise so many people love playing it! Well done to the team behind this game!

i used to think the same, but it's genuinely nice to have a bunch of different gameplay vids to check out on the fly. also found one of my favorite youtubers this way once upon a time!! <3

i was kinda just fed up with every comment section, so when i look back at this now, i look like a jerk.

i guess it's just some peoples' hustle. at least they're trying.

oh yeah, it's still a good game though. :p

i think the same, the other cases are either people posting their 2D game jam unity games or youtubers asking for games to play. you know? it's the same with every social media, internet is like this in general but it's clearly more visible on itch.io, on youtube for example, every single indie let's play youtube channel is just the popular of the week itch.io 3 random games, it's all the same. but most of the website is just funny (i don't blame them at all) children who ask how to download, how to use keyboard, or how to play a windows game on android, the friday night funkin' "community" is people trying to fight each other using images, and make some form of a social media in it?

i apologize for being so nihilistic and i have nothing to suggest and no one to blame, just this comment caught my attention.

lol yeah i agree. i actually wrote this a while ago when i was caught off guard by it. i was caught off guard by it because it was something i'd seen so regularly, but then it hit me harder than that scene in the matrix where the bald dude betrays the crew and starts killing everyone. what i hadn't realized, is that it's basically the same everywhere. but yeah. it's just people trying to get by.

This was awesome, I wouldn't recommend replaying (I couldn't find anything worth playing for again) but the initial run was just astounding. Really sells you on the surreal aspect.

This was fantastic! Everything from the sound, graphics and surreal events playing out were brilliant.

That was a FANTASTIC game, one of the best indies i have played. Here is my playthrough of it:

bro an ad every minute really??? who tf wants to see that

Sorry about the inconvenience, i think some mistake happened when i chose the option for youtube to automatically place them, i just fixed it now ! And just like the other videos from the channel it now has less ads. Sorry about it again

LOVED DEATH FLUSH SO I HAD TO TRY THIS GAME OUT TOO. THANKS FOR THE PIXEL TITTIES AND I AM GLAD I SQUASHED THE COWBOY BRO. GAME STARTS AT 4:10:15

Hey, made a vid playing through the game and getting Ending B if you're interested in that. Awesome game, I hope you make more.

anyone know what happened to the dev?

LOVE IT!! the visuals and surrealism blend very well together, the gameplay is fun too, i would certainly play it over and over again - thanks for this amazing work! 11/10

A suprisingly fun game. I am not a fan of horror games but this game along with night of the consumers made me rethink of my taste in videogaming. This game has multiple choices and outcomes which greatly improves replayability and fun factor. The game is very well polished, it's only downside is that it's a short experience. However the time was used very well to making the game as best as it can be. I am looking forward to future game releases.

This game broke my brain as i made a 2 part series of this. It gives me nostalgia of n64 and other old games. The music is quite nostalgic too. I like it gives choices improving the replaybility for players. A unique but weird one overall. I have part 1 out and and will put part 2 asap. Hope you'll enjoy the video!

I would gladly accept a job offer that guarantees endless torture, wouldn't you? This game is a ton of weird fun so don't read any more and check it out! If you're more interested in watching than playing, you can check my video out here (I found TWO Endings):

This game was an absolute gem! Glad I found this one, was worth replaying to get the better ending! Loved your other game too, can't wait to see what else you create!

This game is amazing!! I love the style of PS1 Graphics and I had lots of fun recording this game!! :D

This is fantastic, thank you!

This game was a masterpiece!

please keep making games, this is one of the best games i ever played period

THANK YOU FOR MAKING THIS. This was a damn roller coaster. I played Death Flush back in january and I just finished this. It was so fucking weird and creepy and cheesy and just ahhhhh. I love it. PLEASE PLEASE keep making these. <3

I had managed to glitch almost as soon as i played the game, if you stand in front of the lady she will push you off the map when she reaches M.stain's office. it was great. But overall, i really enjoyed playing it, it held such a morbid story kind of weird in some ways, but those factors is what made the game so cool to play. loved the boss fight.

My Microsoft Defender SmartScreen is preventing this from running, is it because this is an executable or did I download the wrong thing? I downloaded the  221 MB and extracted all the files within the zip folder.

I love the unique take on a job interview lol

Very cool indeed! Just the type of game I was looking for. I meet some nights with my friends online just to play short indie horror games and this one is simply perfect for that. Huge Lynchian vibes. Very surreal and oneiric overall. A short but exciting experience.

this is just..amazing!All your games ahve a dark side to it and i love the storyline.

By far one of the wildest games i've played in a while, and i played death flush lol. i'm pretty sure i got the bad ending but i really enjoyed myself.

I love the humor! Graphics remember the old days!

Hello! I want to interview you. Please write me.

Your games have inspired many people and I have questions for you!

Rather than the game being scary, it was quite funny and I enjoyed the aimless transitions and lack of story 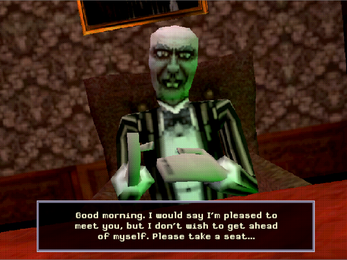 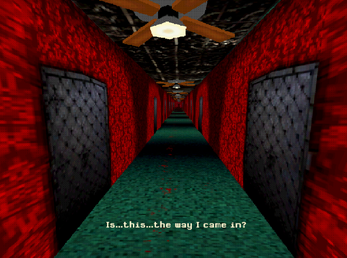 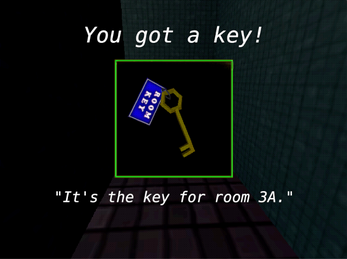 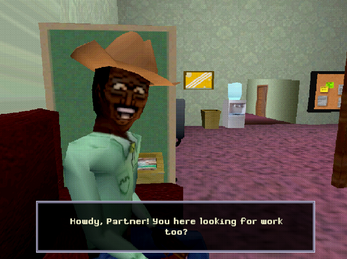 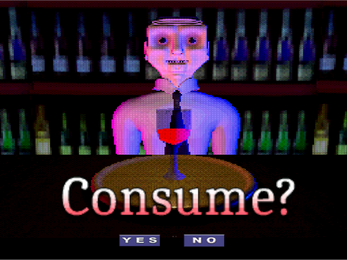